Her Loss – Drake’s new album is loaded with scandals

Drake’s latest album, Her Loss, was released at the beginning of this month (November 4th). It is his first collaboration with rapper 21 Savage. Among its 16 tunes, one has piqued the interest of listeners the most – and for a terrible reason.

If your Drake knowledge extends beyond Hotline Bling, you’ve probably heard of polemics. The Canadian rapper has been collecting not just records but also trouble. The single Girls Want Girls from his most recent solo album, Certified Lover Boy, did not sit well with certain listeners (as it should). Netizens accused him of sexism and fetishization when he declared himself a lesbian.

Let’s explore how the scandal involving Drake and American rapper, Megan Thee Stallion, began in light of the release of “Her Loss“:

Megan claimed on August 20, 2020, that rapper Tory Lanez shot her. The shooting took place a month before her announcement. She told the officers that she was hurt by glass at the time. The Savage rapper later said: “when the police came because the neighbors called the police… the police came – I was scared. I didn’t want to get shot ’cause there was a n**** with a gun in the car with me.”

After her accusation, it was confirmed that Lanez was the gunman. According to Megan’s lawyer, the accused rapper has admitted and apologized for the crime. However, some people still defend his innocence, including our antagonist today.

What caused the commotion on Drake and 21 Savage’s Her Loss was a verse from the song Circo Loco. The Hotline Bling hitmaker raps: “That b**** lie ’bout getting shot, but she still a stallion“, to which Megan replied on Twitter: 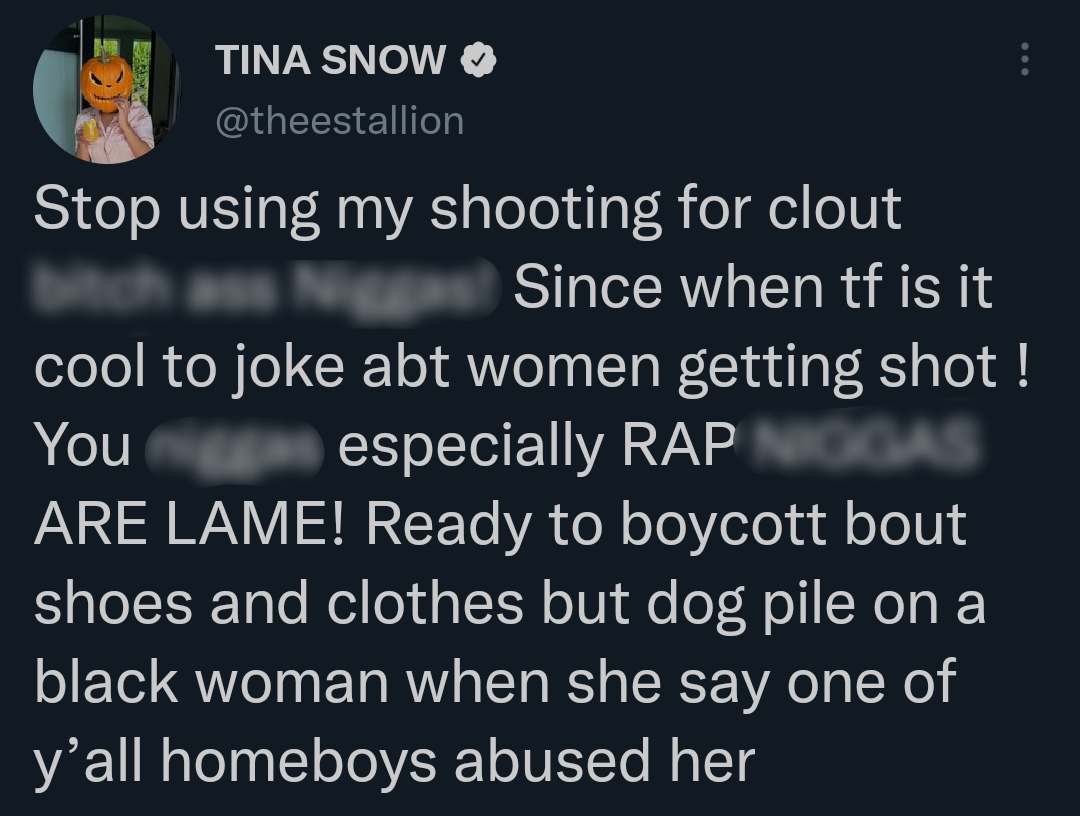 All this BS can lead us to think a little about the paths of insulting/mocking lyrics like this – the so-called diss tracks, especially famous on the rap scene.

In the mid-1990s, The Golden era of hip-hop, the United States was the battle zone of a historical music rivalry. The East and West Coasts are great representatives of rap culture. But also the faces of rap feuds. Its most remarkable figures, 2pac (West) and Notorious B.I.G. (East), got known for their enmity. Everything seems to have started after 2pac got shot and B.I.G released the sneak diss* Who Shot Ya?

Notorious B.I.G. × 2pac situation is a single example of rivalry in rap culture. Diss (abbreviation of “disrespect”) songs play a significant part in the movement, but maybe we have to step back.

Disliking someone/something and using your platform to throw shade at it might be something. After all, hip-hop pillars on self-expression and social criticism. But downplaying the trauma of someone who was shot (while still fetishizing them)? We got to hold up.

Diss tracks do not have to be over with, but even artistic expression has boundaries. Many fans defended Drake’s lyrics by saying: “if you don’t know how rap works, don’t mess with it.”

* sneak diss is when you don’t mention an individual directly, but writes a verse describing or referring to them in a negative way