ARMYs around the world, you have been S-E-R-V-E-D this week.

On November 24th, BTS’ company (HYBE) officially announced RM’s album tracklist. Through a Weverse (HYBE’s own social media) post, we’ve got to know a little more about what the rapper has been preparing – and let me say something: he caught us off guard.

The 10 Blues, as the ten tracks were announced, swept fans away due to its featured artists. Briefly speaking, this album is a whole collection of legends. Here are some of those:

You can check the full tracklist and its featured artists here: 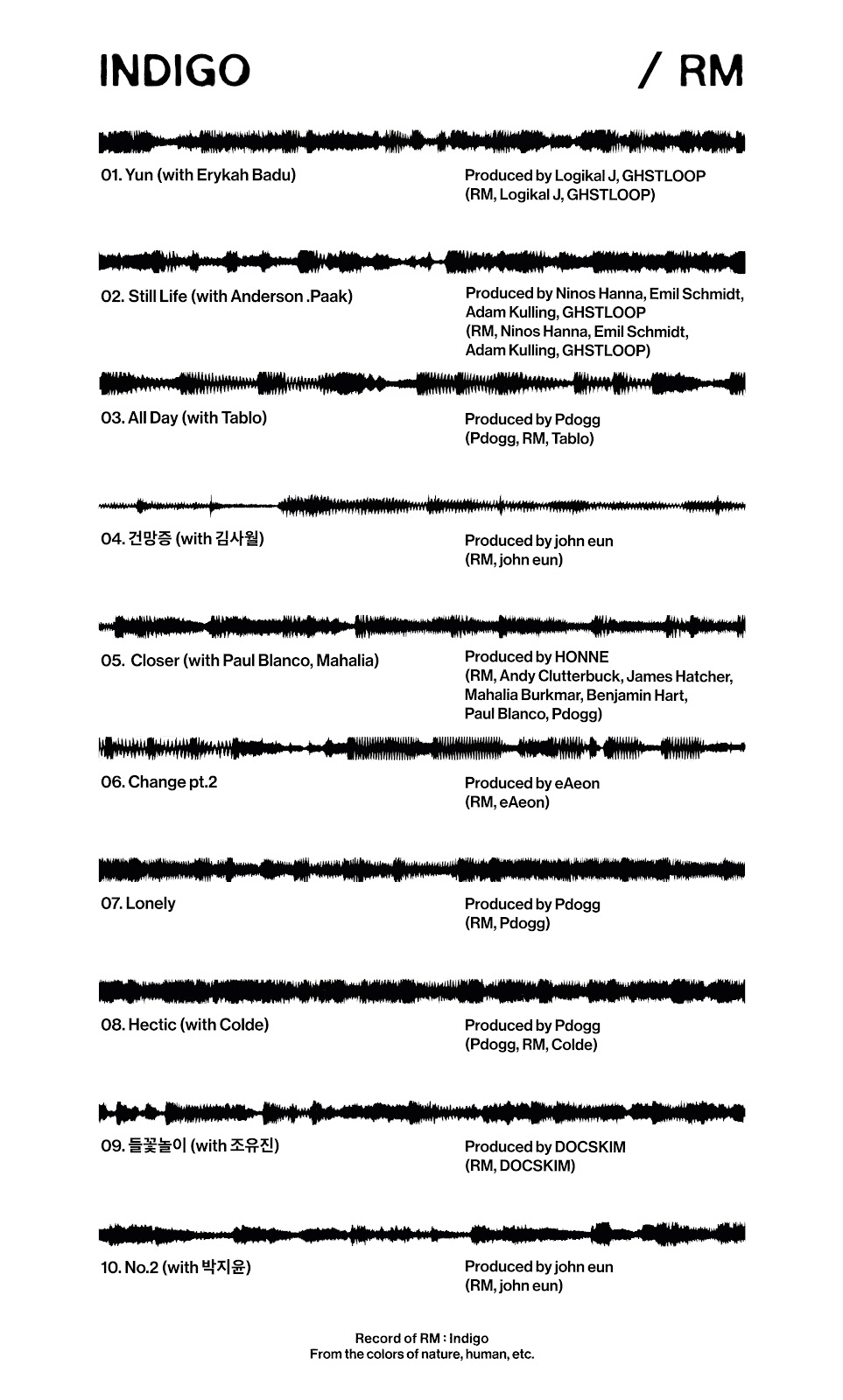 The BTS leader’s first solo album, Indigo, will be released on December 2nd. Based on this list of great musical figures and RM’s past solo works (the mixtapes RM and Mono), we can say that December will be a month full of emotions for his passionate fans.

Known for his thoughtful lyricism, the rapper promises to deliver an intimate “last archive of his twenties”, as Indigo is being announced. “I’ve been working on this album for four years”, said the BTS member on social media.

To say the least, we are sure excited to see what RM will bring us after this notorious tracklist. But what are your expectations? Let us know in the comments!