Back To The Past, CINEMA AND TV

In the recent years ‘Soul’, ‘Love, Death and Robots’ and ‘Rick and Morty’ have helped to challenge the stereotype animation is and should be an only children-aimed production style. However, even before such, beautiful works by Miyazaki, Kon and many others already showed the potential of the medium with deep-themes.

Famous for visually stunning and deeply reflective films, japanese director Satoshi Kon doesn’t fail to entertain the viewer in yet another great motion-picture. Paprika, engages the audience in a surrealist utopia, where  the reality and dreams  are unreliable. A classic for animation with an interesting take on Jung’s psychology.

In a near future, a technology company develops an innovative psychotherapy invention, the DC mini, a device to permit specialists to enter in others’ dreams. But, due to the lack of any restrictive feature, the instrument ends up causing a ruckus in the hands of a dream terrorist. Everyone who has used the device is now susceptible to the massive and destructive conglomeration of dreams.

The story, alternating between external and internal conflicts (as well as mixing both), explores a complex, perhaps confusing, and rich narrative, the epitome of surrealism (a 20th century movement rooted in exploring the power of the unconscious and the dreams) and, while it’s clear that for  some the lack of an organized and palatable line of thought doesn’t necessarily make it an audience-pleaser (because, in some ways, it isn’t), it would be too bland to consider it a case of visual over matter.

Not an easy watch, the movie can require some rewatches and deeper analysis, because even with amazing imagery and good music the bigger message relies with the adventure, and, mostly, with the character development. 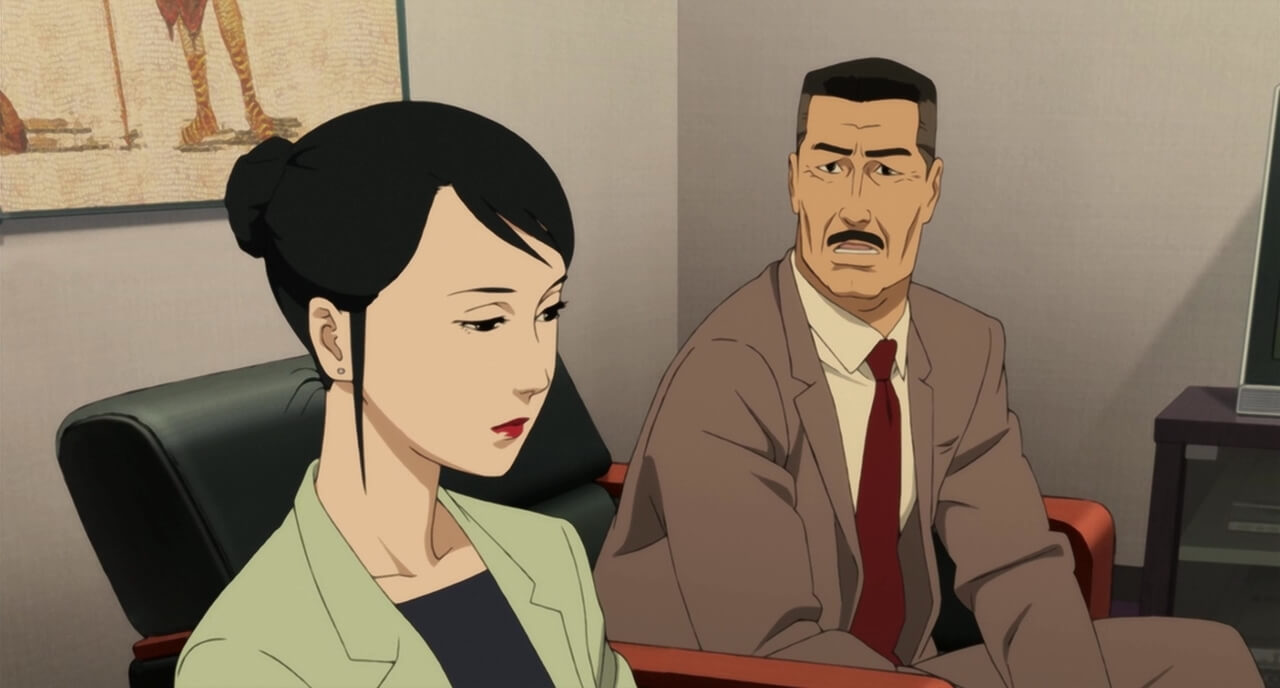 In the story, we are presented to Dr. Atsuko, a high ranking employee related to the production of the device, Paprika, Atsuko’s cheerful alter-ego used to navigate through the dream world, detective Konakawa, Paprika’s patient, along with other workers, such as Shima, Atsuko’s boss,  and Tokita, the DC mini inventor.

As previously stated in Jung-based resources  the dreams are said to be a form of expressing our repressed feelings, fears and traits; the unconscious, and with the characters it isn’t different.

“Don’t you think dreams and the internet are similar? They are both areas where the repressed conscious mind vents.”

In the case of Atsuko, she and her alter ego, Paprika, are completely different, since one is tough and the other is cheerful. Moreover, her alternative version could represent a locked part of her own unconscious, ‘the anima’, or just a persona used to adapt better with patients.

Tokita, DC mini’s inventor, holds an immature and negligent posture, exposed thoroughly when he is “possessed” by the dream mass, given the character takes the form of a child robot toy. Doctor Shima, on the other hand, isn’t as explored and his brief passage through the dream mass only works to reiterate the confusion and the violent aspects the movement can take.

Nevertheless, Detective Konakawa development is by far the most compelling. In the beginning of the picture, through Paprika searching for his dreams we are given the opportunity to watch closely his torments, scattered in short film-related scenes (references from 007, Tarzan and so on), in which an unknown person is being chased or tries to hurt him. The never-ending cycle repeats after  a specific take, based on a case the detective has been working on, although, in the dream, the culprit is also the unknown individual.

Later on, the character cracks his traumas, reconciling with the unknown individual; his shadow (according to Jung the part we choose to neglect); himself,  (and unleashing his love for cinema).

Still, amidst some personal annotations and dislikes, one that could be troublesome would be about the depiction and interpretation of Tokita’s body build.

Overall, however, the movie is very good, maybe not for every public, and a tad confusing but very intriguing.

An absolute classic, the movie is inspired by great films, like Akira and Ghost in the Shell, and inspired by others, such as Nolan’s Inception.

Having just completed its 16th anniversary, Satoshi’s last completed long-feature, Paprika is a dazzling and puzzling opportunity… for those who dare to dream. 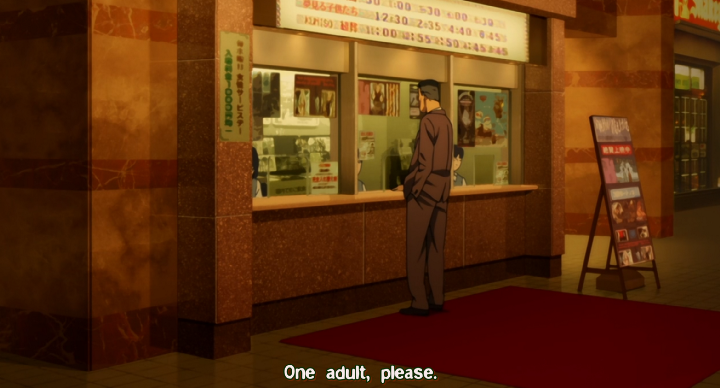 Detective Konokawa going to the cinema